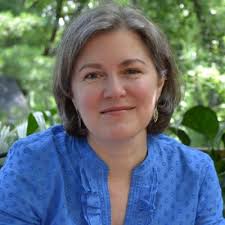 Margaret Renkl, a contributing opinion writer for The New York Times, published a piece just yesterday (July 30) that is a meaningful afterthought to my post, Going Further to Stand With People of Color. Based in Nashville, TN, Renkl writes about flora, fauna, politics, and culture in the American South. In “How to Talk to a Racist,” she references Matthew 7:1-5 with this advice:

So take a breath. When you encounter a person who believes he’s merely honoring his ancestors by driving a car with an image of the Confederate battle flag on the tag, when a Facebook friend announces that it’s disrespectful to take a knee during the national anthem, when you sit down next to someone at the church picnic who genuinely loves and respects the black people they know but who consistently votes for politicians with overtly racist policies, stop for just a moment and take a breath.

Before you say a single word, think of all the times you made an assumption about a stranger that proved to be untrue. Think of the times you found yourself feeling uneasy in the company of strangers of another race — think about how you were forced to interrogate that uneasiness. Think of the plank in your own eye.

To begin a real conversation about racism, start there.

I’ve been doing a lot of thinking about that plank in my eye, and I have a lot more to do as I study Fit for Freedom, Not for Justice: Quakers, African Americans, and the Myth of Racial Justice by Vanessa Julye and Donna McDaniel. Writers like them and Margaret Renkl are good companions.

*Afterthoughts are my blog version of a practice followed in some Quaker meetings. After meeting for worship ends, people continue in silence for a few more minutes during which they’re invited to share thoughts or reflect on the morning’s worship. I’ve adopted the form here for last-day-of-the-month brief reflections on headlines, quotes, books, previous posts, maybe even bumper stickers.