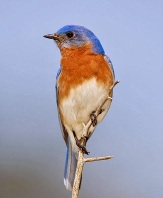 Day One of my writing program’s (Whidbey Writers Workshop) Spring residency found me in the session How I Learned to Stop Worrying and Love Social Media, led by poet and Whidbey alum Kelly Davio. I smiled when I read the title of the handout Kelly passed around—“My Plan for Launching an Online Presence in 2014.” ­ No problem, I thought, I already have an online presence.
First there was the website and then the Facebook fan page for my book, Hands at Work. Soon, another Facebook page for me.  That seemed like plenty of “social media” for this semi-introverted-living-on-a-remote-island Quaker writer—until April 2010, when I attended a meeting of QUIP – Quakers Uniting in Publications. There, Friends of all ages spoke of the Quaker history of writing as ministry and how it is evolving as publishing and communication change. With the guidance and encouragement of QUIP participants, I returned home convinced to blog; a few weeks later, as my writing group cheered me on, I created this blog site.
Maybe I hadn’t quite learned to love social media by the time I was sitting in Kelly’s workshop, but I wasn’t worrying about it—until I read the first item on the handout:  My Twitter Plan. I started to hyperventilate.
“Don’t you need a smartphone to tweet?” I asked Kelly. I’m off the hook on this one, I thought; my antique flip phone can barely make calls and handle texts.
“That’s how Twitter worked when it first started,” Kelly said. “But now you can tweet from your computer, too.”
“Oh… good,” I said, sweat starting to prickle my hairline.
Kelly became my interpreter and guide, introducing me to this new culture, a part of today’s communication stream I’d avoided. She walked me through the steps to begin:
·        Go to https://twitter.com/and register a user name (mine is @irisgraville)
·        Add photo (or else Twitter will use the default image of an egg)
·        Write a brief bio – as with all things Twitter, you have 140 characters.
The mechanics seemed easy enough, now that I understood I could do all of this on my laptop. Then Kelly introduced beginning Twitter-speak:
·        Following – people whose tweets you want to read when you check your Twitter feed (a string of their photos and 140-character tweets show up when I log in)
·        Followers – people who want to see your tweets when they check their Twitter feed
·        @ is used to “tag” someone that you mention in a tweet
·        # – hashtags before words (such as #Quakerblogger) allow you to become part of larger conversations by linking you to all posts on this subject
·        Retweet – lets you “recycle” someone else’s tweet so your “followers” see it.
I know there’s much more vocabulary and nuance to this new language. Just as I do with my elementary Spanish skills, I’ll undoubtedly fumble and make mistakes, but Kelly taught me enough to get started.  And she offered some advice about hanging around this “water cooler of the Internet.”
·        Act like a person, not like a sales robot.
·        Think about the things you’re willing to talk about and share with others—Twitter is very public.
·        Demonstrate a sense of humor.
·        Share things that are worth reading.
·        Interact with other people, such as asking someone a question.
·        Promote other writers (or whoever your community is) in a real and honest way.
So far, I’m enjoying my exploration of this form of communication. I’ve been surprised by who else is involved.  For example, I’m following a number of Quakers and Quaker organizations such as:
@pendlehill
@westernfriend
@friendsjournal
@DianeFCNL
@jonwatts.
Many of my writing friends, plus well-known authors (@AnneLamott, @AmyTan) tweet regularly, too.
One of my questions when I started to blog resurfaced with thoughts of entering the world of Twitter:
Do I want to spend more of my already-full life in front of the computer screen engaging in this virtual, but distant, way with others?
I’m still not clear about that, and I have concerns about these “connections,” about the quality of interactions, and the quantity of input.  But for now, I’m feeling convinced that Twitter is a helpful tool to expand my writing and Quaker networks.
How about you?  Have you been convinced to Tweet? Why – or why not?